I haven’t posted in a while and as a result, my already limited ability to remember event dates is completely gone. I regularly get abused for not knowing how old I am. Once, at a triathlon with Dave Russ, he asked me why I had the wrong age written on my calf. Apparently I gave race official the wrong number. Sarah and Tyler just shake their heads when I ask “Have we seen this movie?” The point is, I’m not so big on the dates and times of things. So put me in a foreign country where every day is a new adventure and forget it. As a result, if you’re reading this and the events seem out of order or even completely random it’s because they are. There’s just so much going on, I’ve got to start somewhere. This will be part of 1 of 3 upcoming posts. 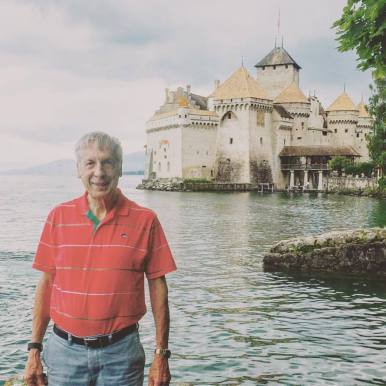 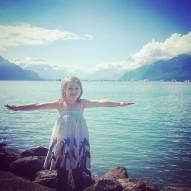 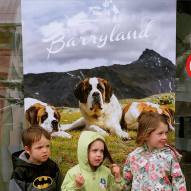 Nailed the whole “Look at the camera!” thing 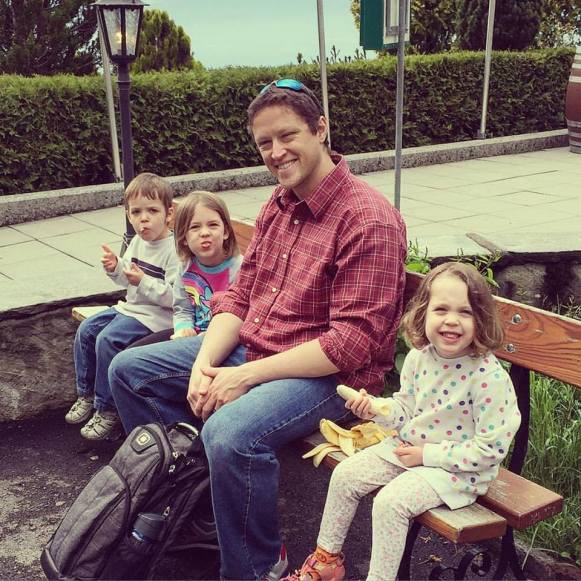 Our little trio of lunatics

Along with blanking on dates, I also have blanks in my brain where I may have learned something in school that would be relevant today. Like who Saint Bernard was. Many of you probably know it all started here in Switzerland. I did not, until we visited Barryland, the affectionate name for the St. Bernard Foundation. We lured the kids there with promises of getting to pet huge dogs. They were not disappointed. Sarah and I also may have semi-promised/lied to the children that we could bring one home, along the way.

Now that I’ve been up close and see how large they can get there is absolutely no chance in hell of this happening. Did you know they can hit 200 pounds?? Sorry kids, but we just got done with diapers and I know who will get to clean up Fido’s bathroom visits. The dogs and their saint have a lot of history tied to a mountain pass in the area. All this was covered in detail at the foundation but chasing the kids around leaves little time to read up on details like this. All I know is it’s a treacherous place. 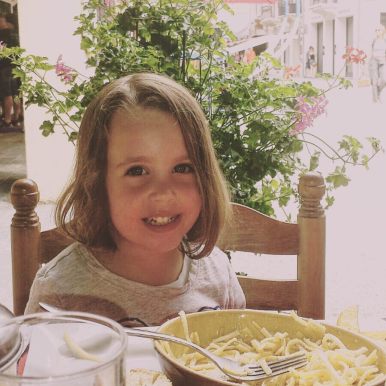 Lunch with the Bear 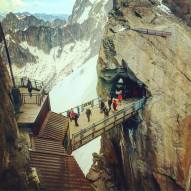 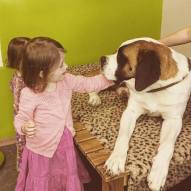 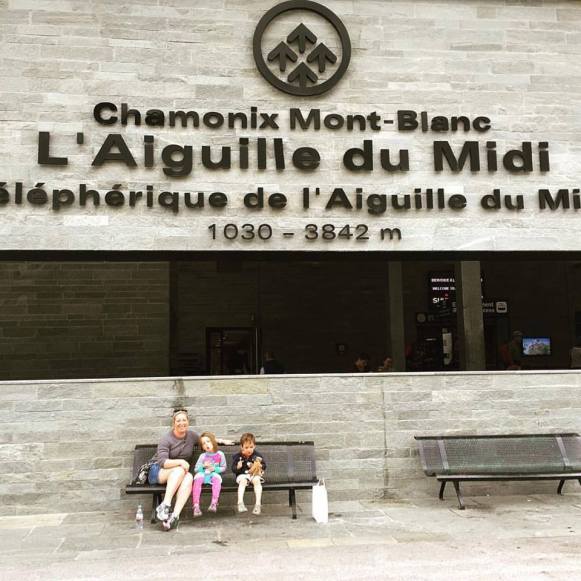 You see, when Howard visited, we had the town of Chamonix – site of Mont Blanc – on our itinerary. We rented a minivan and hit the road for the day. And quickly found ourselves ascending to drive right through the Saint Bernard Pass. Ascending might not be the right word for it. It was more of a cliff climb to the top. Here in Switzerland, guard rails on the road don’t seem to be a priority. Which is a curious thing to learn while zig zagging up the side of a mountain. Especially with motorcycles passing you at full throttle into blind hairpins. Really gets the blood pumping. Then there is the matter of suicidal bicyclists, also going up the mountain. There is NO shoulder. It is VERTICAL. And you can’t see around the endless blind curves. I wouldn’t say my palms were sweaty as much as dripping wet by the time we got to the peak and through the pass.

Depending on your definition of the inner Eurasian border, Mont Blanc may or may not be the highest mountain in the Alps at FIFTEEN THOUSAND feet plus. I love Wikipedia. Let me back up. Sarah is the Itinerary Master, which I love. As such, there is no need for both us to work out the details of the trip. Or put another way, I generally have no idea where we’re going or what we’re doing until we get there. Upon arrival in Chamonix, I felt it was time to ask…

Well, it was a problem. One look at the method of ascent and I was out. I wouldn’t say I have a traditional fear of heights so much as a burning desire not to hang from a cable thousands of feet in the air. So Marebear and I hung back and explored Chamonix. Which is quite a charming little Alpine ski village in the summer. We ate cheesed filled pastries. I drank coffee. Maren didn’t. She received endless shoulder rides. We had pasta and beer for lunch. Watched the paragliders. And then headed to meet with the rest of the crew at our appointed time. At which point Sarah and Howard concurred that although the view was stunning, perhaps they would not do the ride again. For one, it was FREEZING cold at the top and we were woefully unprepared. Then there was the matter of the wooden foot bridge across a chasm that required crossing to access the next gondola. If I recall, it was here the ascent stopped and the descent began.