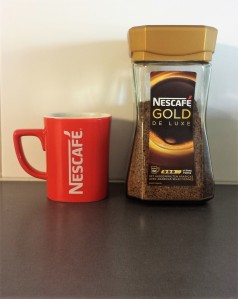 I even have the mug!

I used to daydream about surfing in Polynesia and howling Ferrari V12’s. Today, I still fantasize of such wonderful things but the daily wandering thoughts are DOMINATED by something much more critical to my survival. Coffee. Falling asleep at night, I think about my first cup in the morning. In the morning, I ponder if I’ll have 3 or 4 cups on this day. At lunch time, my tongue lolls at the thought of après-lunch liquid gold.

There’s a great saying, represented most commonly in hashtag form, floating around social media – But First Coffee. This mentality can be applied to anything, much like adding “in bed” to the end of fortune cookie wisdom.

“I have to go to work.” But first coffee.

“I have to feed the children.” But first coffee.

“I have to breathe oxygen.” But first coffee.

You get the idea.

Or at least I do. Because this is my reality. I’m addicted to it and I love it. Not a love/hate sort of thing, just true love. I may be the worst Catholic of all time based on my record of attending mass (because never) but I have my own goddess and her name is Coffee. I worship at her temple 7 days a week, 365 days a year. I do have limits which is why I don’t say 24 hours a day but certainly it’s more than a doctor likely recommends.

I’m not laying blame here by any stretch but my mom gives me hope when I see her drinking a mug of hot water with lemon first thing in the morning these days. Because I have memories of her giving carafes filled with high test their own seat in the car for road trips. My point is, coffee addiction is genetic, I’ve seen studies and stuff.

Now, moving to Switzerland sounds like something you read about in a fairy tale, particularly for any Americans familiar with Heidi or The Sound of Music. And it is fantastic. But sleeping in a barn, on a pile of hay, staring out the window at alpine meadow muffins – which I think was Heidi’s setup – is not quite how we arrived. After 1 of our 3 children lost her lunch several times on the plane ride over and a nauseating 2 hour trip from the airport courtesy of an angry maniac behind the wheel, I wasn’t exactly singing Do-Re-Mi.

In fact, the first thing I did was look for coffee and a pot to brew it in. While our apartment is TREMENDOUS and outfitted with everything (fondue pot included), no method for cooking up café was evident. After several uncouth words bounced about my brain, I noticed some small envelopes of what turned out to be instant coffee. At which point the uncouth words became obscene words. My last dance with just-add-water-coffee was very not good.

Enter Nestle and their secret concoction – Nescafé. I’ve learned from my neighbor, who is Swiss and married to an Italian woman, that American coffee is not even coffee, Swiss coffee sucks and only the Italians know how to make the real stuff. Full disclosure, I LOVE my American coffee. And I’m now a convert on Swiss coffee. Which is to say I disagree with my neighbor but don’t know how to express that in French without offending.

Nescafé is nothing more than instant coffee. Add hot water to a scoop of freeze dried flakes and voilà, coffee! But the Nestle folk have knowledge that everyone from Folgers to Starbucks do not possess. Are there elves waving magic wands over Nestle bean roasters? Maybe the Ricola man yodelahehoos through his horn before each batch is packaged? I don’t know but it’s YUMMY.

Back in the States, we were French press people. I used to even grind fresh beans every morning. Then we had children and we stuck with the press but dropped the grinding. Could we buy a French press in Switzerland? Surely. For that matter, we could buy a Keurig thing since the Nestle company store has mountains of those little plastic packs of coffee. But the children win – again. It’s sooooooooooooo much easier to use the instant. It’s faster to make. It’s always hot. It creates less waste. And, well, I LIKE it!