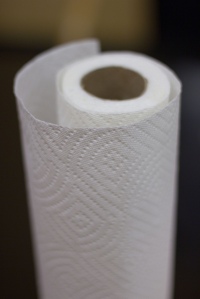 My cousin, Todd, shared this story with me a ways back and I would be remiss in not sharing it with anyone else.  It involves his mentor, we’ll call him Ned for now, and the famous restaurant McDonald’s.  Todd was on the phone with Ned talking about the pile of Mickey D’s hamburgers being smeared upon his face for lunch. He and Ned share a love for this king of fast food – or used to.

After Todd finished describing the melty goodness of his meal, Ned shared the details of a recent excursion to the Golden Arches.  He approached the counter and after ordering his burger was told to step aside and wait.  No smile, no thanks for your order – just wait until your order appears on the monitor and BEAT IT.  Ned also observed the awesome lack of intelligence required to operate the cash register.  Just press HAMBURGER – no thought, no math, nothing.

Finding this amusing Ned snarkily remarked “You’re losing your human touch.”  He was greeted with a blank stare – totally uncomprehending.  Realizing his humor was lost on this button punching goofball, he headed for some relief in the restroom.

After finishing up, Ned realized there were no paper towels.  It was at this point that he, and I quote, “went bananas.”  Walking back out to the counter, Ned proclaimed “There are no paper towels for me to wipe my penis!”  To which he was greeted with the same blank, intelligence free stare.

At this point in the conversation with my cousin, I am laying on the floor in fits of uncontrollable laughter. Todd required 3 tries to complete the sentence.  Naturally, he wanted to know WHY Ned needed to wipe his penis after visiting the urinal and was told “Once you get to my age, sometimes you need to clean up after using the john.”

A.      There is nothing more amusing than attempting humor with someone that is utterly incapable of understanding the humor.

B.      The only thing funnier is when it’s attempted an older gentleman that could not care less what the buffoon on the other end thinks of the whole situation.