Buried in a family photo album there exists a Stender ancestor caught on film. From my admittedly weak memory, he was a Danish ship captain from the late 1800’s who was lost at sea. Then there is my brother, Tyler, who can sprout the bushiest red beard you have ever seen. In fact, his business card reads Tyler “Captain Redbeard” Stender. As well, the spelling of my first name is typical in Denmark. (Not in the States however, where my school teachers liked to correct it for me.) And last but definitely not least is the fact that both Sarah and I have a large percentage of DNA that traces back to Scandinavia. SCIENCE! 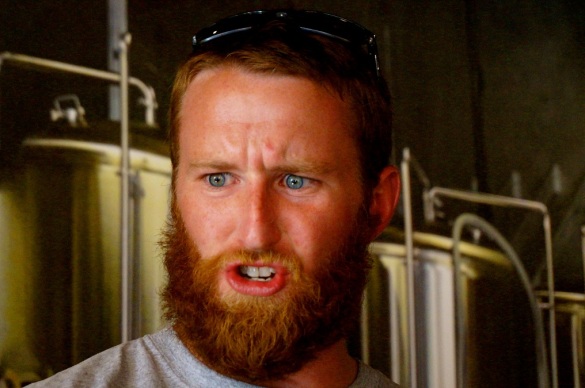 “I am Viking Captain Redbeard and I demand BEER! And meat! And also BREAD!”

The obvious conclusion to these genealogy notes – Danish ship captain, bushy red beard, strangely spelled name, test tubes of double helical hereditary material – is that we are descended from Vikings. Did Vikings have red beards? No idea. But Tyler certainly looks like the ones on TV when he becomes Beardface. Moreover, Vikings were famous for their boat skills and being from, among other locations, current day Denmark. Evenmoreover, the last name Stender – in Denmark – might be the equivalent of Smith in America. And finally, there is the aforementioned science. So we’re going to Denmark!

Now that I’ve just written the above, it occurs to me none of our visitation plans revolve around exploring the family tree. In fact, I believe the main reasons we’re going is that all participants generally think Denmark and Scandinavia just sounds interesting AND we can surf there! There’s a whole region of the country known as Cold Hawaii which is where we’ll be staying. Tyler first heard about this place many years ago and we’ve been wanting to go ever since. The waves in Summer – when we’ll visit – are unlikely to be as good as say the Fall or Winter but even if it’s flat, the area looks beautiful.

Who’s going? Sarah, myself, the childrens and Tyler and Erin. So we had to come up with an AirBnb to accommodate all of us. Yes, Tyler and Erin VOLUNTARILY agreed to live in the same space with us for this trip. Hopefully they can lock their bedroom lest whoever sleeps closest to the door be awoken pre-dawn by a finger-poke to the forehead and verbal demands of toast, porridge, yogurt and hugs. Finding just the right place required certain, uh, requirements and the usual stumbling over foreign languages that have been comically mis-translated by Google.

Occasionally Vikings are dropped on their heads as children

All Vikings wear plastic bags on their feet at sea! 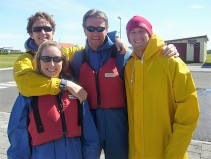 A Viking raiding party gears up to loot and pillage

Backing up, we learned the hard way that due to some family feline allergies, it’s critical a house rental doesn’t allow pets. To be fair, we learned this when Milan and Hendrick jammed their heads inside a sort of covered cat bed at a Munich house rental. Then proceeded to rub their faces all over the soft inner surfaces. There is NO doubt they are highly allergic. We also require 2 bathrooms. Maren spends 3 hours per visit, talking to herself in the most ludicrous stream of consciousness and Hendrick pees at least every 17 minutes – mostly in the toilet. That back up throne is key. Unexpectedly, bed linens and towels were a must have. You see, most of the housing options we found did not offer these items unless you specifically ask for them. Per Google translate, one place noted we must “Say Please” to ensure sheets on the bed. Thanks Google.

It’s going to be an awesome trip but I think we are in for some culture shock. Every house has a sauna – every single one. Clearly the Danes like to get steamed. I don’t have an opinion on this being good or bad, but it’s certainly different. Looking at photos online of rental options, there are a variety of appliances, wall doodads and bedroom setups that leave you with a furrowed brow. And there’s of course the possibility we’ll find some sort of nude-pagan-summer-solstice-fire-dance, because Vikings. But that’s sort of the point of seeing new things and getting further afield. And we’re looking forward to it.