Dave – my oldest friend – and I have had a lot of adventures over the years.

In high school we would drive around in my sweet Mitsubishi Starion for hours, gas being around $1/gallon back then. When it rained, the car would stall out, which was entertaining in a McDonald’s drive thru. Or if parked, the headlights would flip up and down whilst the horn blared incessantly leading to finger pointing and laughing.

In college, well, there’s really not enough room here for that chapter. But we both made the trip on more than one occasion to visit our respective higher learning institutions. He at James Madison in Virginia and me at University of New Hampshire in said state.

A favorite memory would be a visit of Dave’s to UNH, hanging out in the dormitory lounge I lived in (because emergency housing) late one evening. Suddenly, the door burst open and a neighbor stumbled around until he found our garbage can. Which he promptly picked up and dumped all over my roommates desk, then muttered some obscenities and disappeared. No explanation, no context. I’ve never laughed harder.

Dave and I went on Spring Break together one year to Acapulco. Forgetting the partying for a moment, I am stunned to report that we are both still alive after consuming countless bacon wrapped hot dogs from street carts.

Twice we have made the drive to California. Once starting in New Jersey, the other from St. Louis. On one trip, our vehicle broke down somewhere in Tennessee. Seeing a repair shop just off the highway, we thought our savior had arrived. But they turned out to be a pair of drunken hillbillies that took our 1995 Chevy Suburban – laden with surfboards on the roof – for a top speed test run to make sure the fix was solid. Approaching 90 MPH, I casually suggested that the repair seemed to be ok given its complete irrelevance to how fast a 6000 pound truck with smushy brakes can go.

On these trips to California, there were enough stories created to fill a book. Some favorites would be:

The Kiwi Brekkie – only 100 calories 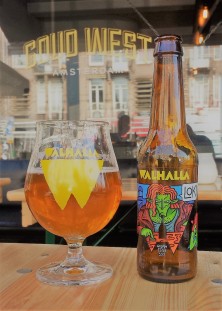 The composition is so critical here

Not only was Dave coming to visit us in Switzerland but Sarah AKA Best Wife Ever suggested we take a couple days and go visit another country. We landed on Amsterdam and were not disappointed. There a couple of things all tourists headed to this Dutch city should know.

I would also suggest having a plan of just being lost. Whether digital – Google maps – or analog with a paper street map, we were literally lost for 3 days. Hamsterdamians use the term Canal Belt to describe the intertwining rings of waterways snaking about the city. They should consider renaming it Purgatory. Every street name consists of 28 letters, 27 of which are consonants. If Manhattan’s grid layout is the Ferrari of cartography, Amsterdam’s loop-dee-loop approach is the Yugo.

Whining about getting our bearings aside, Amsterdam is an amazing place, you should go there. Though the street signs are in hieroglyphics, everyone is kind enough to speak English and generally very friendly. There are museums galore and I would like to recommend the Moco Museum – Salvador Dali/Banksy exhibit. We visited Heineken which was nice, especially the frat house basement style post-tour lounge. Complete with sticky floor and spilled beer fragrance. The Red Light district is like nothing I’ve ever seen and the stories I’d heard didn’t quite prepare me for it. It’s hard to describe but imagine hundreds of drunk and/or stoned 20 and 30 somethings, stumbling around laughing and pointing at…endless glass doors, behind which are women in their underwear winking and beckoning with outstretched finger. It’s, uh, unique.

Look what we found! 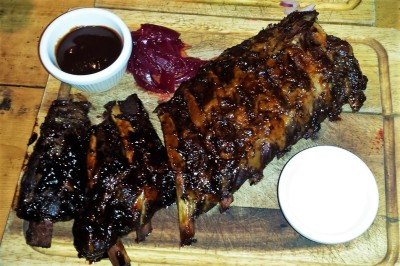 “It rubs the meat on its meat, or it gets the pants again”

Van Gogh was a certifiable nut

Food being at the top of my list all day every day, we found solid options to fill thy belly. For breakfast, make your way to Bakers and Roasters. The food is super fresh and perfectly prepared. Their Kiwi Brekkie is an outrageous pile of eggs, various meats, veggies and potatoes. And there is an entire counter of baked goods. For a midday refreshment, if you’d like to have a beer that is not a Heineken, check out Beer Temple. Aptly named, they have about a thousand beers from all over the world and the bartender we had was super cool and helpful. When dinner rolls around, eat like a beast at Cannibale Royale. As the name suggests, they’ve got a thing for meat and you can save yourself time by just ordering the ribs – they’re divine.

We did more than just cruise Amsterdam but my keyboard is out of ink and my fingers hurt so I’ll save the rest for next time!

2 thoughts on “I HAmsterdam”